So, heres what I said a few weeks ago:

It will basically be a little, iPhone 4 without the phone or screen…

The insides supposedly will be iPhone 4 like:  A4 CPU, 16GB of flash storage

Supposedly can only handle up to 720p video

I just left this reply to this post on the GeekTonic blog discussing the AppleTv rumors that will not die.

Well… 1080i or p is only really viable if you have cable internet… and its a really small market. So 720p is pretty much a good bet as the default res.

I don’t care what anybody says – I ain’t streaming movies. Not with a 15gb fair use download cap. I’m getting a local copy of everything. Download once re-use all over the house. However, a 16Gb capacity is barely enough for the photos I have on the Apple Tv. Currently I play all my TV shows off the server rather than sync them. So while not being able to cache much content locally on the device, as long as i can download a copy to the server, I’m happy.

An App Store would be great – though I would assume it wouldn’t be backwards compatible with older AppleTvs – since it would require apps to be recompiled ( or even re-written) for the older hardware/CPUs.

The $99 price point is also awesome. It does open up the market. Its under the psychological $100 barrier – so people will be more likely to buy it.

The form factor is a persistent rumour – however I don’t see the logic of it. Given the clutter in the TV closet, there’s a real chance of me loosing it. However it will be a boon to those who already have too many set-top boxes in their Tv closets – look out for Steve to mention this prominently in any event. I still think its possible that Apple may keep the current form factor in some way.

However, unless the new Apple Tv ( or as you say, iTV) launches with some really awesome apps that will be worth the outlay of $99, I can’t see myself rushing out to buy one. Since we got satellite Tv installed with the accompanying HD-PVR a few weeks back, the use of the AppleTv has declined a lot – like 2 or 3 times a week as opposed to every day. Purchases sinc3e can be counted on one hand.
So a bit of a mixed reaction to this. 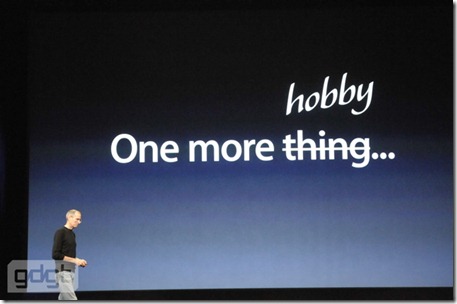 First of all, what Steve never mentioned:

The Apple Store page answers none of these (burning) questions. Until I have the answers to these, the new Apple Tv is going to linger in geek limbo – neither here nor there.

What he did mention was (and we are not surprised at): 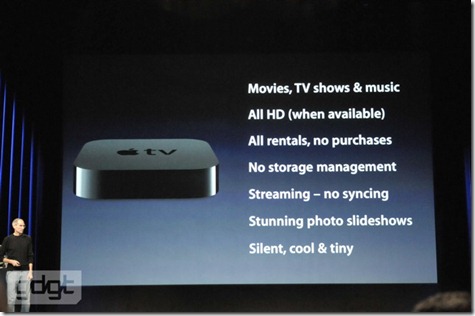 While this is a bit of a let down. There is one thing that I’m happy about: no storage management. Currently, its a bit of a pain.

Like i said, as long as I can have a local copy somewhere, I’m happy with the move to streaming. Now, i can get some killer speeds out of mmy ADSL connection. If I use Steam or Microsoft File Transfer Manager i can get 600Kbps. But iTunes and ordinary downloads are still slow. So I’m hoping that the Apple Tv will be able to take advantage of these speeds to bring seamless streaming.

Update: Fraiser Spiers makes the point that this may well be iOS on the new Apple TV, but nobody’s telling. Again backwards compatibility with the current Apple Tv will be telling.

Not surprised at no Apps or iOS. However, if the Apple TV runs an A4 CPU , you can bet your bottom dollar iOS will come soon. So if this is the case, I don’t think that Apple will offer upgrades to current Apple TV’s. 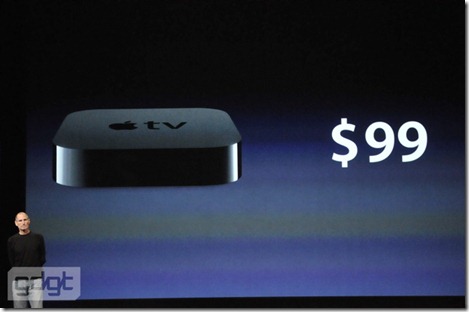 The new price is nice. Suddenly, upgrading dosen’t look like such a big deal. 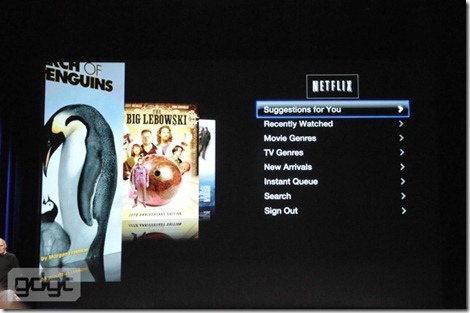 Since I’m in the UK, Netflix isn’t such a big deal. But there are UK providers of on demand streaming movies such as Sky TV. And it will be interesting to see if Apple does deals with these companies. 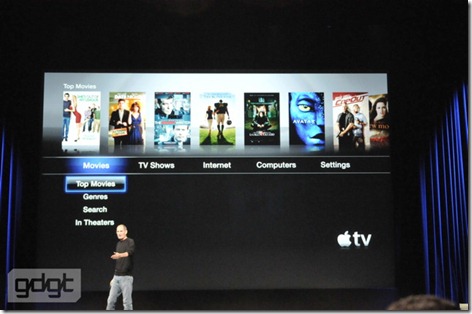 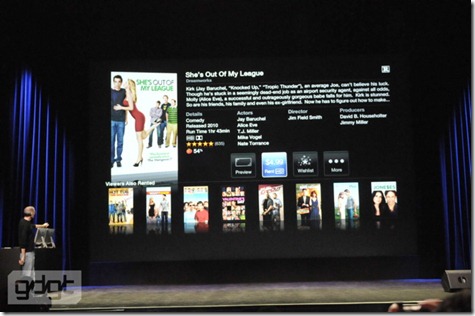 The UI is almost the same. As you can see, the button to add to wishlist is much more prominent now. Which is actually a good thing. 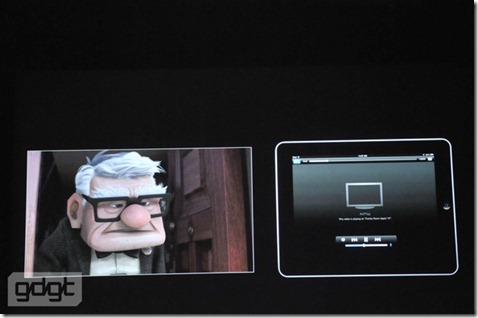 AirPlay from any iOS 4.1 device to the Apple TV sounds awesome. Exactly what content can be streamed? iTunes store only?

Its still called the Apple TV, which is probably a good thing. It is possible, however, that the name change will come when the change to iOS occurs.

So, the jury is still very much out on the new Apple Tv 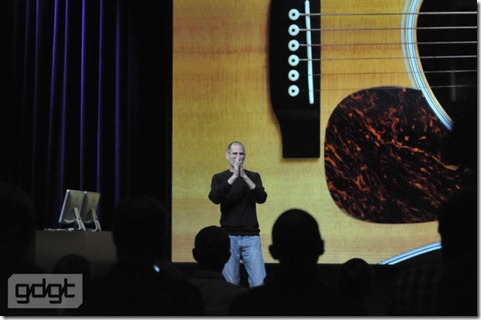 Thanks to GDGT for the pictures.

One thought on “Apple TV Announcement: More Questions than Answers”